What is Juvenile Delinquency in Pennsylvania? 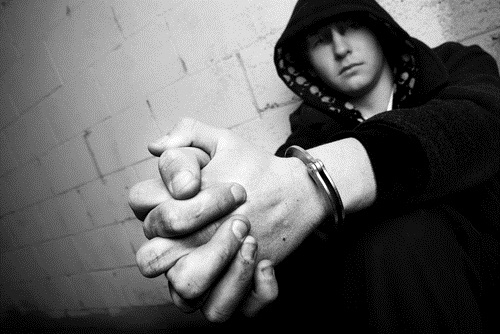 What is Juvenile Delinquency

For parents to receive a phone call that their son or daughter is under arrest, is terrifying.  In Pennsylvania, laws, and procedures relating to the arrest and prosecution of juveniles are found in statute 42 Pa.C.S. Chapter 63.  When someone under the age of 18 gets arrested, he/she faces an entirely very different process and treatment than adults.  This leads to the question: What is Juvenile Delinquency in Pennsylvania?

Adult crimes are handled within Pennsylvania’s Criminal Courts, whereas Juvenile Crimes go through Pennsylvania’s Family Courts.  Criminal Justice experts believe Juvenile Delinquency to be more of a family issue than a criminal problem.

The main reason for the separate courts and process is the Adult system’s goal and purpose is punishment and retribution.  The Juvenile system’s objective is rehabilitation and treatment (drugs, alcohol, mental health, learning disability), as well as continued education.  The Juvenile system moves exponentially faster than the Adult system, given the goal of keeping the juvenile in school or other educational programs.

The Juvenile system uses different terminology than the adult system.

Another stark difference is the Pennsylvania Juvenile system provides no right to a jury trial.  Juveniles do not have the right to bail if held in detention until a hearing.  Lastly, juveniles do not go to prison; they are either sent home or to foster care and supervised by the court, or sent to a program that is treatment and education focused.  Examples of juvenile facilities are Saint Gabriel’s Hall, Summit Academy, and Abraxas.

Charging a Juvenile as an Adult in Pennsylvania

2. If a juvenile 15 years or older commits the following offenses with a deadly weapon:

– Robbery of a motor vehicle

– Attempt, conspiracy or solicitation to commit the above crimes

3. If a juvenile 15 years of age or older has been previously adjudicated delinquent for one of the following offenses (even without a deadly weapon):

– Robbery of a motor vehicle

– Attempt, conspiracy or solicitation to commit the above crimes

A juvenile, through his/her Pennsylvania Criminal Defense Attorney can request to be transferred from adult criminal proceedings to juvenile proceedings, for any “direct file” offense.  The juvenile’s attorney must file a motion containing a written evaluation by a Doctor of Psychology as to whether the juvenile is amenable to treatment and rehabilitation in the juvenile system.

The juvenile will go before the local Magisterial Court to have the case heard.

Summary offenses typically committed by juveniles in Pennsylvania are:

– Possessing or Manufacturing a Fake ID

– Traffic offenses, not including DUI

If you are under 21, your standards for blood alcohol content are stricter than those for drivers over 21. If under 21 and caught driving with a BAC .02 percent or higher, the police will charge you with DUI. (Those over 21 get charged if they have a BAC of .08 percent or higher.)

You will lose your license and be placed on court supervision, as well as possibly face adult DUI charges.

The above should help in clarifying the question: What is Juvenile Delinquency in Pennsylvania?

If your child is arrested for any crime, felony or summary, you must act quickly and obtain trusted, experienced, and aggressive legal defense for your child.  Paul S. Peters III, Esquire is the lawyer your child needs.  Attorney Peters has years of extensive experience representing juveniles in criminal matters.  Additionally, Attorney Peters spent years as an educator of high school and college students.  He has intricate knowledge of how juveniles think and act, and is skilled at building rapport and trust with minors, and possesses the necessary compassion, patience, and empathy required to effectively and zealously represent juvenile clients.  Do not waste another minute in getting your child the legal representation that is needed, time is of the essence, and immediate work on your child’s defense is crucial.