What is the Difference between Simple and Aggravated Assault in Pennsylvania? 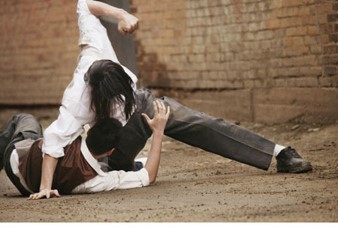 What is the Difference Between

Simple and Aggravated Assault in Pennsylvania?

Whenever a crime in Pennsylvania involves violence, injury, confrontation, or threats, you will be charged with a form of  Assault.  In many Pennsylvania criminal cases, this leads to the question from clients: What is the Difference Between Simple and Aggravated Assault in Pennsylvania?

It is not always easy to determine the difference as the definitions of Aggravated Assault and Simple Assault in Pennsylvania can be interpreted in different ways, and the distinction can come down to who the arresting officer, charging District Attorney or Judge involved in the case are.  It is fair to say deciding the difference is very subjective.

(1) attempts to cause or intentionally, knowingly or recklessly causes bodily injury to another;

(2)  negligently causes bodily injury to another with a deadly weapon;

(3)  attempts by physical menace to put another in fear of imminent serious bodily injury; or

(4)  conceals or attempts to conceal a hypodermic needle on his person and intentionally or knowingly penetrates a law enforcement officer or an officer or an employee of a correctional institution, county jail or prison, detention facility or mental hospital during the course of an arrest or any search of the person.

Simple Assault is charged as a misdemeanor.  It involves a situation where the violence is not extreme or shocking, injuries are minimal, typically no weapons are involved, or it is more of a threatening or menacing situation, not physical.  Think of a common mutual fistfight.

(1)  attempts to cause serious bodily injury to another, or causes such injury intentionally, knowingly or recklessly under circumstances manifesting extreme indifference to the value of human life.

“bodily injury which involves substantial risk of death, protracted and obvious disfigurement, or protracted loss or impairment of the function of a bodily member or organ or mental faculty.”

Aggravated Assault is charged as a Felony in Pennsylvania and carries serious consequences if convicted.  It involves situations of extreme and shocking violence, use of weapons, debilitating or life-threatening injuries requiring medical intervention, acts of kicking someone on the ground or in the head or showing of malice and evil intent to cause as much damage as possible to another.

2. Officer or employee of a correctional institution.

6. Employees of a Public Educational Institution.

8. In some instances Taxi Cab or Septa Bus Drivers.

While there are many reasons you should never resist arrest, this is one of them.  Any form of resistance to a police officer can be classified as an aggravated assault.  I have seen standard Driving Under the Influence cases turn into Aggravated Assaults because my client was combative and uncooperative with the medical staff drawing his blood.

Aggravated and Simple Assaults are often charged together, and many times this is not warranted.  It is a process used by many District Attorneys to throw everything out there and see what sticks.  If you are charged with both, this is when you without questions need an Experienced, Aggressive, and Trusted criminal defense attorney.

Next to the goal of obtaining a not guilty verdict or complete dismissal of charges, in cases with Aggravated and Simple Assault, if the evidence leads to the fact some form of assault occurred, the role of the Defense Attorney is arguing for a finding of Simple Assault or negotiate a deal where the Aggravated Assault is dismissed.

This aspect of an Assault case is crucial as Simple Assault rarely leads to a prison sentence, whereas, Aggravated Assault carries a high risk of incarceration; it can also carry mandatory prison sentences if the victim is under 17 or over 60 years old.

Aside from the goal of at least having a case classified as a Simple Assault only, the other two main defenses are:

2.     Mutual Combat in that both parties are equally at fault and the argument that the situation cancels itself out.

The above should help in clarifying the question: What is the Difference Between Simple and Aggravated Assault in Pennsylvania?

Assault arrests in Pennsylvania create complicated fact scenarios with serious consequences if convicted, therefore, these cases require that you have an experienced, knowledgeable, and aggressive defense attorney to craft and present clear and convincing arguments challenging the evidence, and careful and precise cross-examination to shed doubt on the testimony of witnesses.  This is why you need a trusted and experienced criminal defense attorney such as Paul S. Peters III, Esquire.

If arrested for an Assault Case, YOU BETTER CALL PAUL AT: