What is Self-Defense in Pennsylvania? 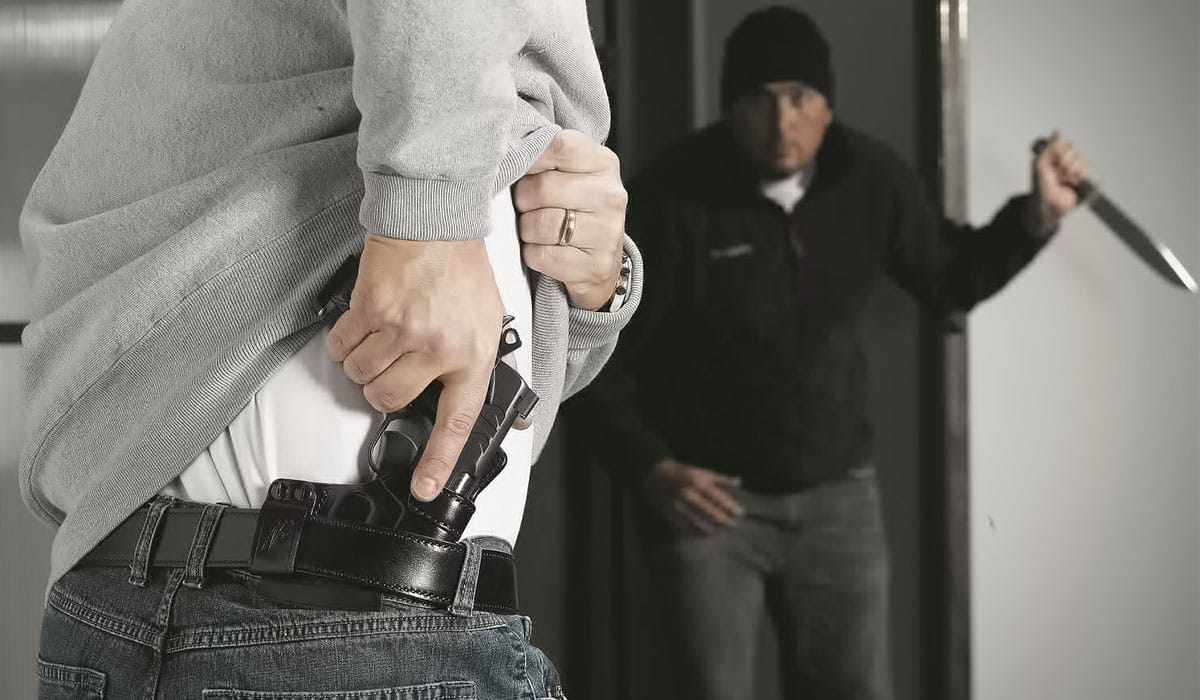 Pennsylvania has laws relating to the justification defense of Self-Defense of oneself or Defense of others.  It is important to have a general idea of Pennsylvania’s legal protections if you are ever faced with a life or death threatening situation.  In Pennsylvania, violent crimes – including assault, homicide, and domestic violence – can carry severe penalties, and a conviction could mean lengthy probation and long-term imprisonment.

When you first come in contact with police officers, a detective, or a prosecutor, even if you 100% you acted in self-defense, do not give a statement, contact a trusted and experienced defense attorney to ensure your version of the facts to properly conveyed.

Self-Defense and Defense of Others in Assault or Homicide Cases

Self-defense and defense of others are known as “justification” defenses in Pennsylvania. By raising either of these defenses, you argue that you do not deserve to be punished despite the fact that you assaulted or killed someone; you are admitting you committed the illegal act but then stating you have a justifiable and legitimate reason for committing the illegal act. You are seeking to prove, you were left with no choice but to resort to violent action to protect yourself or someone else from imminent serious bodily harm or death.

Pennsylvania’s self-defense law appears in Section 505 of Title 18 of the Pennsylvania Statutes. Under subsection 505(a):

“The use of force upon or toward another person is justifiable when the actor believes that such force is immediately necessary for the purpose of protecting himself against the use of unlawful force by such other person on the present occasion.”

Subsection 505(b) of the statute lists circumstances when the use of force is not legally justified. These include (but are not limited to):

To successfully argue self-defense in a criminal case, you must satisfy each individual requirement stated in subsection 505(a). If any element of the defense is missing, the prosecution may be able to convict you even though you honestly believe you were acting in self-defense.

Subjective belief is the first element of self-defense. In order to claim self-defense, you must have believed you were in imminent danger of serious bodily injury or death at the time you used force.

Believe alone is not enough to justify the use of force, you must also believe it is “immediately necessary.” If there is any possibility of retreat (subject to the “stand your ground” law), or if there is only a threat of future harm, then self-defense may not apply. Ex. a threat to shoot or stab you, but no gun or knife visible or present, will not satisfy this requirement.

Self-defense only applies in situations where you are confronted with the threat of unlawful force. Ex. During and Arrest.

The fear of harm must also exist during the “present” or “real-time” (i.e. at the time when force is used in self-defense). If you were previously attacked or concerned that someone may attack you in the future, you cannot initiate an unprovoked attack and then claim self-defense.

Pennsylvania’s defense of another law appears in Section 506 of Title 18. Under subsection 506(a), the use of force to defend someone else is justifiable when:

“(1) the actor would be justified under section 505 . . . in using such force to protect himself against the injury he believes to be threatened to the person whom he seeks to protect;

“(2) under the circumstances as the actor believes them to be, the person whom he seeks to protect would be justified in using such protective force; and

“(3) the actor believes that his intervention is necessary for the protection of such other person.”

All three requirements must be met in order to successfully claim the defense of others. If each of the requirements is established, you will have a strong chance of a not guilty verdict.

Establishing Self-Defense or Defense of Others in a Pennsylvania Court

For claims self-defense or defense of others, you are want to have as much evidence in your favor as possible. Types of evidence that will profoundly assist in establishing a strong defense include:

Self-Defense or Defense of Others is not something you only see and hear of on television and in the movies; it is something that unfortunately occurs in Pennsylvania, often in Domestic Violence cases.  If you find yourself facing charges for an act of violence in Pennsylvania and you believe the act of violence was justified and necessary, it is vital you have a trusted, experienced, and aggressive lawyer at your side to do everything possible to present your defense in the greatest and convincing manner possible.  You also need an attorney who will take your claim of self-defense personally and with compassion and show unwavering support and dedication to proving you were justified.  To find such a legal advocate, Call Paul S. Peters III, Esquire immediately to discuss his representation of you or your loved one.

Paul S. Peters III, Esquire can be reached 24 hours a day, 7 days a week, and will appear for bail hearings at any time of day.  Paul knows that Crime never sleeps!