What Defenses Against Criminal Charges are there in Pennsylvania? 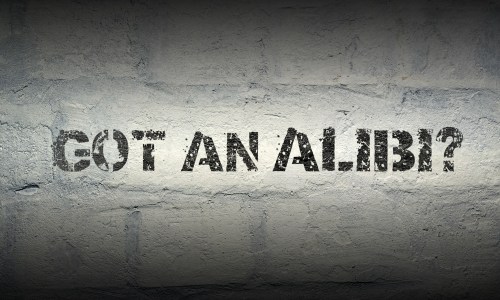 What Defenses Against Criminal Charges are there in Pennsylvania?

In Pennsylvania, if charged with a crime, you have a multitude of defenses you may raise before or at trial to gain a not guilty verdict.  Defenses may be Self-Defense, Insanity, or Police Misconduct.  So: What Defenses Against Criminal Charges are there in Pennsylvania?

Categories of Criminal Defenses in Pennsylvania

An Alibi is the Contention by the Defendant that he/she was so distant in time and place from the crime scene and time of the occurrence that his/her participation in the crime was impossible.

Different from other Defenses in that it argues that Defendant is COMPLETELY INNOCENT!

Burden is on Defendant to prove through actual tangible evidence the impossibility of them committing the crime.  Examples are:

– Credible Testimony (boyfriend, girlfriend, mother do not cut it)

– PA Rule of Crim Pro 567: Must give notice to the prosecution or waive right to use at trial

Excuse and Justification Defenses in Pennsylvania

Age/Infancy – defendant, is too young to be held responsible (PA is under the age of 10)

Unconsciousness – cannot be held responsible for anything done while unconscious (sleepwalking)

Duress – committed the crime due to threat of harm to oneself or another person; can never be used as a defense for murder or rape no matter the circumstances of the threat; threat must be immediate and apparent that it can be carried out; cannot involve a threat to property, only threat to a person

Necessity – the harm caused outweighed the harm of not acting (hiking in the mountains and are either threatened by a dangerous animal or severe storm, so you break into someone’s empty cabin; it was necessary for you to trespass)

Consent – person alleging harm consented to the harm through actions or words (football, hockey, and rugby – in those sports the act of participation is consent to assault; or EMT/Doctor taking measures to save your life)

Self-Defense and Defense of Others – see explanation here

Insanity – Pennsylvania uses the M’Naghten Rule which states one is not responsible for a crime if at the time of the crime the person had a mental illness rendering them incapable of distinguishing between right and wrong; must be based on an expert medical opinion; mental illness alone is not enough, must prove the form of mental illness present rose to the level of the legal term insane; i.e., One can be Mentally Ill, but sane; One cannot be Insane and not mentally ill – other forms like insanity, temporary insanity; irresistible impulse

Provocation – the person was pushed to the brink and took action (bullying situation, theory of you can only kick a dog so many times)

Syndromes and Disorders – Battered Woman Syndrome; Post Traumatic Stress Disorder – the argument is a mix of self-defense, necessity, and insanity

The above is not an exhaustive list, but generally answers the question: What Defenses Against Criminal Charges are there in Pennsylvania?

If you are charged with a crime in Pennsylvania and believe your actions were justified, excusable, your rights violated, or you are the wrong person, immediately contact the trusted, experienced, and aggressive Pennsylvania Criminal Defense Attorney, Paul S. Peters III, Esquire.  He will work tirelessly and tenaciously to build and prove your defense using any applicable crime defenses stated above.  Do not waste any time as time is of the essence, especially in gathering evidence for your defense.

Raising a Criminal Defense in Pennsylvania can create a complicated process to properly and effectively present the defense to a judge or jury; therefore, these situations require that you have an experienced, knowledgeable, and aggressive defense attorney to craft and present clear and convincing arguments to support your defense claim.  This is why you need a trusted and experienced criminal defense attorney such as Paul S. Peters III, Esquire.